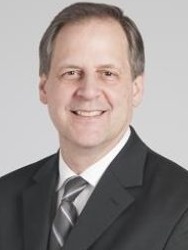 Dr. James Leverenz is currently the Director of the Cleveland Lou Ruvo Center for Brain Health and the Joseph Hahn MD Endowed Chair of the Neurological Institute at the Cleveland Clinic.

His primary clinical and research interests are the aging-associated neurological disorders, with a particular focus on Alzheimer’s disease, Parkinson’s disease, and dementia with Lewy bodies. He is an investigator in the Michael J Fox Foundation sponsored Parkinson’s Progression Marker Initiative (PPMI) study and is the pathology core leader for the PPMI program.

Dr. Leverenz chairs the Scientific Advisory Council for the Lewy Body Dementia Association (LBDA) and is on the professional advisory board for the Cleveland Chapter of the Alzheimer’s Association.

He has served as a consultant for Axovant, GE Healthcare, Navidea, Piramal, and Teva, and has received research grant support from Genzyme/Sanofi. 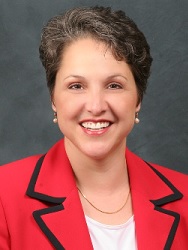 Angela Taylor is LBDA’s Director of Programs and oversees all areas of LBDA’s mission-oriented activities, including programs and services for LBD families, educational programming, as well as advocacy and research initiatives.

A nationally-recognized LBD advocate, she serves on the federal Advisory Council on Alzheimer’s Research, Care and Services. She is also the liaison to LBDA’s Scientific Advisory Council.